3 things that diminish the yield of crowdfunding. Come and discover why the beautiful figures announced by 10% and more mean nothing at all.

When we gain in crowdfunding?

Often web sites highlight the gross return, yet c´est a very bad indicator. Why? Quite simply, because the theoretical gross yield means strictly nothing. Indeed those who have read my article performance /risques now know that performance n´a sense qu´avec the risk. Often the (french) websites display d´ailleurs 10% d´interet what seems huge with the rate of the livret A current. However several factors intervene to reduce this result. These factors are not specified by the sites.

Indeed, the 10% that many sites advertise are rarely obtained. At the beginning on the other hand, I remember having lent to 9.8% on Unilend, on the first 30 projects around, ditto on Finsquare. Suddenly there yes I earned much better than now, because some projects do go up to 6% or 30% less than in the past. However, 30% this is not negligible, but it is always profitable. However now, sometimes, on some projects it is better do not bid at all, because often the prices are too low compared to the risk involved.

Those who have chosen to invest on a crowdlending platform will normally be taxed on the affected interests. There will be two samples at 39.5 per cent in any source: the first of 15.5% for social benefits and the second by 24%, an advance on tax. Will be to declare, and even to complete depending on the tax bracket. Sampling is done on all payments charged by lenders and concerns only the share of the interest in the rebate. There is however one exception: an application of partial exemption of levy can be requested. This means justify a tax reference incomes under 25,000 euros for a single person, or double that for a couple. In this case, the deposit on taxes will not be applied and only 15.5% collection, linked to social benefits, will be required. Furthermore, if the whole of investment to fixed-rate income does not exceed €2000, it is possible to opt for a flat-rate levy of 24%.

Unique collection of 15% for non-residents

A single French or who left with his family and who works all in France becomes non-resident tax and therefore taxable in his adopted country. According to the country where he has chosen to live, the expatriate will sometimes have to pay certain taxes… in "double"! But this is increasingly rare: the France has agreements with most of the other countries to avoid precisely this double taxation. Furthermore, non-resident expats are always tax benefits: exemption of ISF for financial investments, estate taxation on contracts of life insurance or capital gains on disposals of securities, for example. By investing on a platform of participatory financing such as Finsquare, the non-resident lender will be able to pay a one-time interest income, from 15%. According to the country where he is established, there may be claim the difference or be reimbursed it as appropriate. 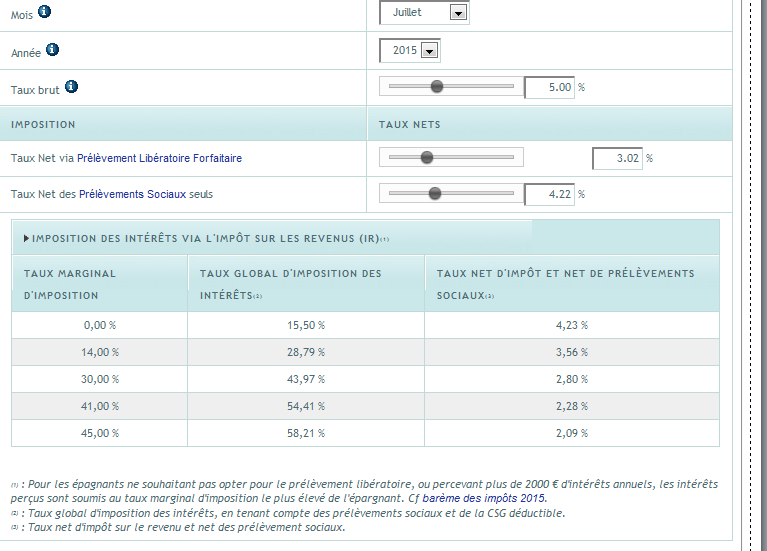 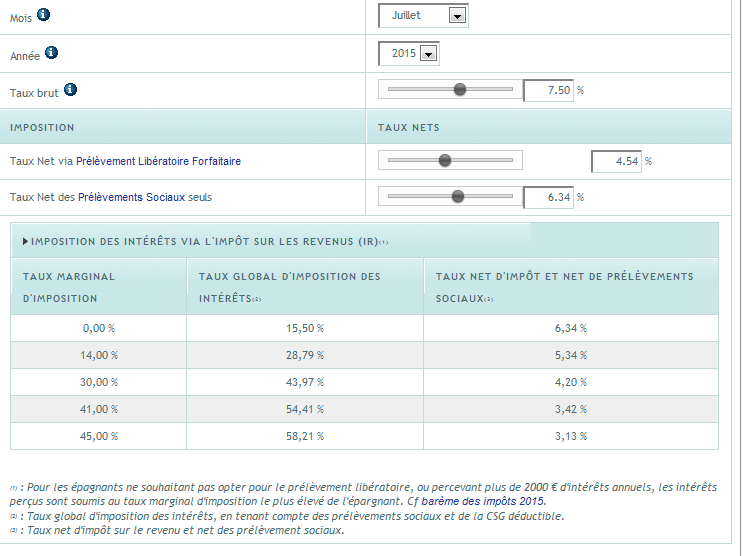 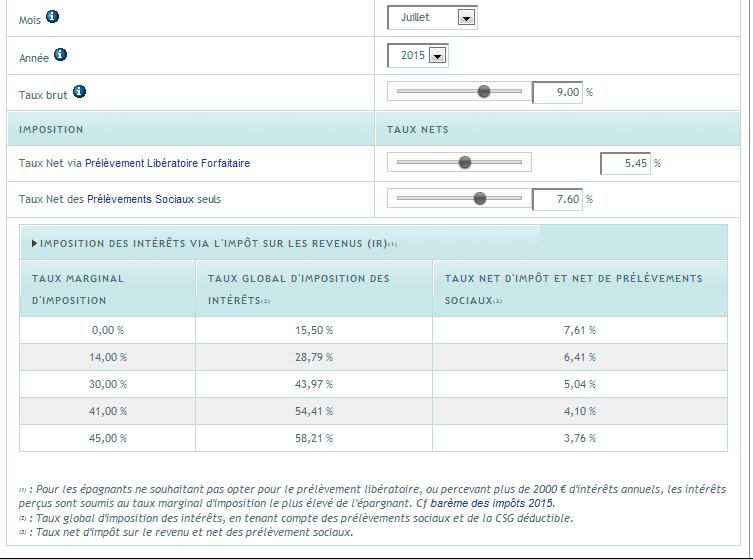 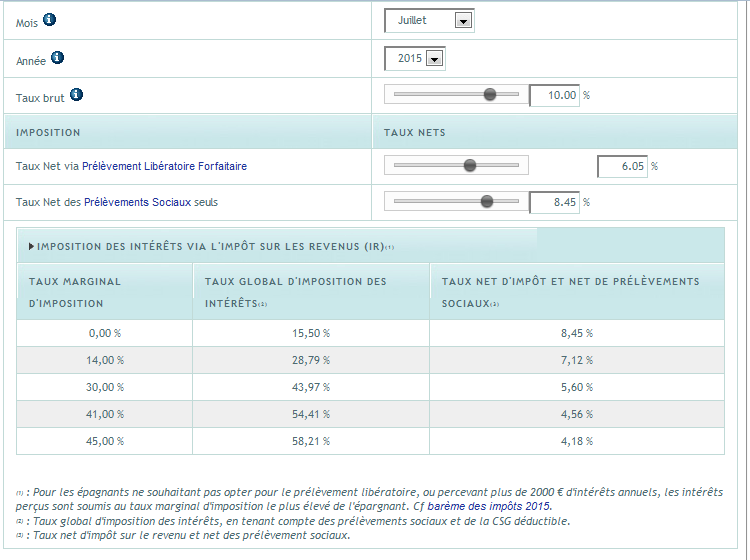 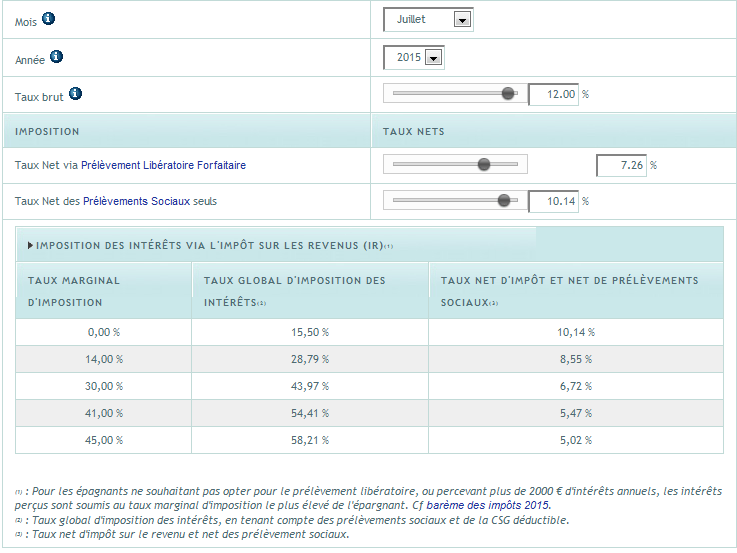 It is clear that the crowdfunding is less interesting in the higher bands d´impots.

Something else important to see the failure rate which fatally strike your performance, in fact c´est is one thing to 5% but c´est another not to receive your payments.

See clearly for good, it will therefore be necessary to have two data: theoretical performance (c´est to say the d´interet percentage that you have) and the average failure rate of the companies of the site.

So I've prepared a small table Excel here allowing you to better see if you'll be winner or loser. Indeed this table provides earnings that l´on may be in function of the d´interet rate and the percentage of failure. C´EST very interesting, because a good deal of l´achat.